As Head of Marketing at The Modern House, Holly Allenby is well-acquainted with the value of our services, and spends her days making sure as many other people are too. Now, with the sale of her own home, a charming Victorian house in Hackney Wick, east London, Holly has encountered first-hand what it’s like to be a client of ours, an experience that’s been surprisingly emotional and, perhaps most of all, enlightening.

Holly bought her home with her partner, creative director Ben Seary, in 2016. The couple were careful to tease out the original details, emphasising the house’s texture and character through a painstaking restoration project. But there have been plenty of new additions to their home, too, not least their nine-month-old son, Otto, who was born in the house. As it comes on the market, Holly and Ben discuss selling their beloved home and how the process has made them appreciate it all the more.

Holly: “Ben and I have had the house for six years now. It’s on the last street of Victorian terraced houses in Hackney Wick. That’s why we were initially attracted to it – although there are many Victorian houses around the city, they are quite special in this part of east London. There weren’t a lot of them left after the Blitz.

“When we bought the house, all the Victorian fireplaces were boarded up, there were layers and layers of wallpaper and there was carpet and laminate over the floorboards. We stripped everything right back, restored the original fireplaces and rebuilt the house around natural light, using solid materials, such as American walnut in the kitchen. We also uncovered the original lime plaster on the walls and then used lime to plaster the walls without it, which is a really breathable material.”

Ben: “A lot of the design decisions were based on what we thought the house itself would want. We respected and celebrated its original form and details. Because our colour palette is neutral throughout, materiality and textures are very important to us. They bring another dimension to the space. The original floorboards are not completely flat, for instance, but that’s really lovely because they add character.”

Holly: “Our design approach reminds me of Matt Gibberd’s book, A Modern Way to Live, in which he explores five design principles: space, light, materials, nature and decoration. We really have considered all those elements and, having lived in this house, which we created with those themes in mind, I would say that a combination of all the principles is what makes a living space modern.

“So, when we reconfigured the house, we really thought about things like light. We moved the kitchen and dining space from the basement to the ground floor, as we love the natural light on that level. We have sun shining through the front of the house in the morning and then through the back in the evening.”

Ben: “The dining room used to be a little lounge, but we love hosting and having friends over for dinner – everything here happens around the table. We spend most of our time there now. It’s so nice that people can share it with us.”

Holly: “We’re usually either there, or in the basement, which is our main living room and playroom for Otto.

“Following that first renovation, we did a loft conversion earlier this year, adding a bathroom and bedroom to the top floor. We currently use it as a spare room for when family and friends come to stay, which works well as they have their own floor. It also doubles as a study.

“Nearly all our furniture is second-hand. We’ve got a Rangemaster in the kitchen, which we found on Gumtree, our bar stools are from eBay, and our wooden dining chairs belonged to my mum. They used to be in her garden in Yorkshire. We like to have sentimental pieces that mean something to us.

“My job involves marketing our platform to those wanting to sell through The Modern House. Even though I know our process inside out, I had never actually been a seller myself. It’s been really eye-opening to discover how The Modern House works from the perspective of a client, rather than a member of the team.

“Selling a house is such a huge life decision. I felt slightly nervous about marketing our home as it’s such an intimate space. On the day of our shoot, however, our photographer put us right at ease. I was blown away by the care they took to showcase the best of our home – tweaking the placement of our objects, for instance. Our appraiser was very thorough too, even going to the extent of using old archives to research the history of our street, showing us images of our home that we’d never seen before. She considered our home’s heritage, along with finishes like the paints we’d used – Farrow & Ball and Bauwerk Colour – in her appraisal.”

Ben: “The selling process has been far more celebratory than I thought it would be. Talking about our home with our appraiser made us reflect on all the work and effort we’ve put into the house. It’s been nice to have someone who cares about the house as much as we do. The Modern House team cared about the things that other people don’t always see. It’s also made us excited about it going on the market and made us look at our house differently, in the best way.”

Holly: “Although we’re excited about the move, we will miss the house. It has facilitated our life well as a young family. There’s space for Ben and me to work from home and come together at the end of the day, and for Otto to roam the floors now he’s crawling. Because he was born in the house, selling has been even more emotional than I thought it would be. We’ve been through such a journey here as a family, but I’m equally excited for our next chapter.

“I’ll miss the area too. We have everything on our doorstep here and there’s a really nice community on this street. There are lots of young families and couples. We would love the next owner to enjoy the local neighbourhood as much as we have. Walks in Victoria Park and Olympic park are one of our favourite ways to spend time here.”

Ben: “We’re definitely very open-minded about our next move. But wherever we do go, we’ll put our own mark on it. That’s something to be excited about.” 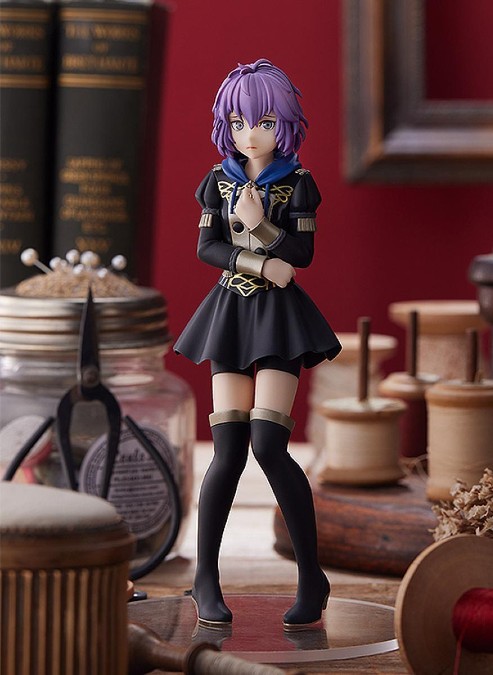