The rising numbers are a stark reminder of Dr. Anthony Fauci’s warning to Congress last month that the U.S. could eventually see 100,000 new infections a day.

As the outbreak continues to surge across the southern states, Florida, Texas and South Carolina set records for new daily deaths, reporting 156, 129 and 69, respectively. While wearing face masks in public is mandatory in the majority of U.S. states, Texas only requires masks in counties with active COVID-19 cases, and Florida and South Carolina don’t have statewide mask orders.

In neighboring Georgia, meanwhile, Gov. Brian Kemp filed a lawsuit Thursday against the Atlanta City Council and the mayor to block the city from enforcing its face mask mandate.

📰 What we’re reading: “The Uncounted” — Experts estimate tens of millions of Americans contracted coronavirus but are not included in official tallies because of testing errors, misdiagnoses, a sluggish public health response and ignorance about the disease.

📰 What we’re reading: President Donald Trump’s ban on travel from Europe was enacted too late to prevent the spread of the coronavirus in New York City, the epicenter of the pandemic in the U.S. for weeks, the Centers for Disease Control and Prevention said Friday.

“Behind every worker in this state there is a family,” said Geoconda Argüello-Kline, Secretary-Treasurer for the Culinary Union, in a statement Friday. “… When workers are protected, our entire community – from the hospitality industry to customers and locals are protected.”

The governor laid out guidelines for when schools will be allowed to reopen during a press conference Friday. Schools must remain closed until their county has been off the state’s “watch list” for 14 days, he said.

Thirty-two counties are currently on the state’s monitoring list because of concerning coronavirus transmission and hospitalization rates. Counties on the list face restrictions on reopening various segments of the economy.

In the last 30 days, there is only one U.S. state that has not seen a single COVID-19 related death: Vermont.

Vermont’s neighbors — one of which, New York, was once considered the epicenter of the virus — have seen downward trends in reported cases and deaths. Still, New Hampshire reported 24 deaths in July, while Massachusetts and New York reported 326 and 357 deaths respectively so far this month.

Vermont has remained steady at 56 deaths from COVID-19 since June 18, a trend Health Commissioner Mark Levine attributes to the vigilance of Vermonters as well as strict health protocols for those in long term care facilities, who account for 52% of the state’s fatalities.

Amid growing angst among parents and educators, the Texas Education Agency softened its stance on in-person instruction mandates as schools navigate around the coronavirus pandemic. The agency issued new rules Friday that give local school districts more control over the decisions on start dates and on how long schools can remain closed and teach students online.

The TEA’s new rules come a week after the agency laid out guidelines that required parents to choose between sending their children to school in person all the time or only being educated online, rather than any combination of the two.

The agency is extending the time districts can teach online without financial penalty, allowing districts to teach online for up to eight weeks, with the second four weeks requiring a waiver from the state.

Another retailing heavyweight is weighing in on the national mask-wearing issue: Home Depot will now require all shoppers wear them.

The home improvement retailer said Friday that customers must wear masks inside all U.S. stores beginning Wednesday, July 22. However, small children and those who have a valid medical condition will not have to wear them. Customers not wearing masks because of a medical condition are asked to speak with an associate before entering the store, the company says.

Florida’s former top coronavirus data scientist filed a whistleblower complaint Thursday against the state’s Health Department, accusing the agency of firing her in retaliation for refusing to manipulate data to support the push to reopen Florida after months of quarantine.

“These efforts to falsify the numbers are a pattern and practice in Florida government that goes on to this day,” Jones’ attorney, Rick Johnson, said in a statement. “Ron DeSantis has routinely given false numbers to the press. His underlings at (the Health Department) follow his example and his direction.”

Not everyone is staying home this summer. Some travelers are shrugging off the resurgence of COVID-19 infections, ignoring the shutdowns and taking a vacation anyway.

Half of Americans plan to stay put this summer, according to a new survey by LuggageHero. But 31% have taken a domestic trip since lockdown restrictions were eased, and a remarkable 19% have traveled internationally.

In the first weeks of the pandemic, when Delaware nursing home residents were dying at one of the highest rates in the country, 30% of those facilities were failing to follow protocols to curb the spread of the virus.

A Delaware Online/News Journal analysis of federal infection control inspections carried out by the state shows that even weeks after the coronavirus began taking lives, 14 of 47 nursing homes failed their inspection. Many of these facilities didn’t isolate COVID-19 positive patients from residents who were not sick. Many staff members failed to wear or properly store personal protective equipment, if they were regularly provided with it at all.

Travelers looking to cross the land border into Canada or Mexico will have to wait at least another month after the Department of Homeland Security extended closures at both borders due to the pandemic.

Department of Homeland Security’s Acting Secretary, Chad Wolf, tweeted the news on Thursday. “Based on the success of the existing restrictions and close collaboration with Mexico and Canada, @DHSgov will continue to limit non-essential travel at our land ports of entry with Canada and Mexico until Aug. 20,” he wrote.

Following the announcement, he added that “close collaboration with our neighbors has allowed us to respond to #COVID19 in a North American approach and slow the travel-related spread of the virus.”

The majority of Americans disapprove of the way Trump is handling the pandemic, according to a new survey from the Democracy Fund + UCLA Nationscape Project.

“There’s a bunch of dimensions here where Trump has done varying levels of worse compared to how he was doing just a couple months ago,” said Robert Griffin, research director for the Democracy Fund Voter Study Group. “In just about everything, you’re seeing the sort of decline of how (voters are) sort of assessing his presidency.”

Washington Gov. Jay Inslee announced a limit on gatherings in 17 counties that are in the third phase of reopening as the state sees a rise in COVID-19 cases.

Inslee said Thursday that no more than 10 people can gather in those counties. The previous limit was 50 people.

“The steps are necessary to slow down the spread of COVID-19. The unfortunate truth is that we can’t let our guard down, even as we engage in more activities,” Inslee said in a news release.

The order, which goes into effect Monday, comes after state officials reported Thursday a record number of over 1,000 COVID-19 cases in one day. Infections continue to increase in the state. More than 44,000 people have tested positive for the virus in Washington state and about 1,400 have died.

Nevada has landed in the “red zone” for COVID-19 cases. That’s according to a new report from the Center for Public Integrity citing an unpublicized July 14 document prepared for the White House Coronavirus Task Force.

Cases in Clark County – home of the Las Vegas Strip – put Nevada in the red zone. “Las Vegas continues to have concerning rise in cases,” the report says.

For the second time this week, Florida set a new record Thursday by reporting 156 deaths from COVID-19, with an additional 13,965 cases overnight also proving the state’s second-highest daily increase.

While the U.S. Labor Department reported that another 129,408 Floridians filed for unemployment last week, third highest in the nation, there is rising pressure to further restrict Florida’s economy, a step that Miami-Dade County officials say they could enact locally in coming weeks.

The lawsuit, filed late Thursday, argues that Bottoms overstepped her authority and must follow Kemp’s executive orders under state law.

“Governor Kemp must be allowed, as the chief executive of this state, to manage the public health emergency without Mayor Bottoms issuing void and unenforceable orders which only serve to confuse the public,” the lawsuit states.

Bottoms took to Twitter to cite coronavirus numbers in the state in response to the lawsuit. “3104 Georgians have died and I and my family are amongst the 106k who have tested positive for COVID-19. Meanwhile, I have been sued by @GovKemp for a mask mandate. A better use of tax payer money would be to expand testing and contact tracing,” she said.

More on the coronavirus from USA TODAY

Where a face mask is required: Many governors are instituting or renewing orders requiring people to wear face coverings in public as cases continue to rise. Is your state on the list? See it here.

Coronavirus Watch: We have a few ways for you to stay informed. Sign up for our daily coronavirus newsletter here, and come together and share the latest information about the coronavirus, coping with lifestyle changes and more by joining our Facebook group.

Where are states on reopening? More than half of all states, including California and Michigan, have paused reopening plans or are taking steps to halt the spread of COVID-19. Here’s the list.

What went wrong in Florida? Two months after Gov. Ron DeSantis boasted about proving the experts wrong by flattening the curve and getting COVID-19 under control, Florida has become the state that other states don’t want to become. 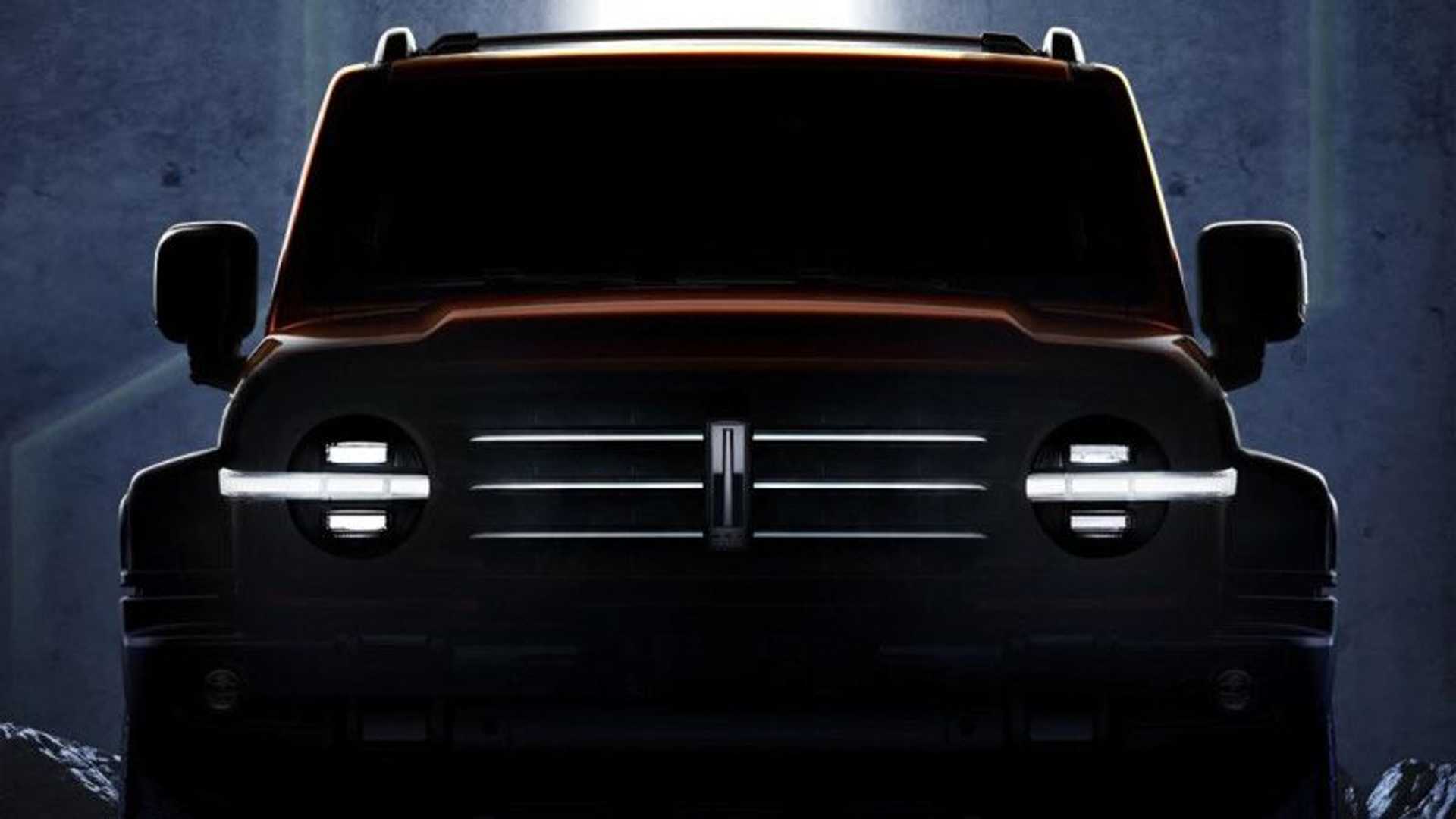