This story is part of CES, where our editors will bring you the latest news and the hottest gadgets of the entirely virtual CES 2021.

Citing its “significant steps to remain a leader in the smart home space,” Savant subsidiary GE Lighting is kicking off 2021 by rebranding its C by GE smart lighting lineup under the name Cync, with plans to add new devices to the lineup later this year.

Up first is a new outdoor smart plug that’s expected to arrive in March, along with a brand-new Cync app for controlling them. With both Wi-Fi and Bluetooth for connecting with your phone, the plug features a pair of weather-resistant outlets, similar to other outdoor smart plugs from names like Wyze and TP-Link Kasa. Just plug in your outdoor lights or anything else you’d like to automate, and you’ll be able to turn the power on and off from the app, or with a voice command to Alexa or the Google Assistant.

That said, those looking for compatibility with Apple HomeKit — and the Siri voice controls that come with it — will need to look elsewhere. While some existing C by GE smart lights are able to connect with Siri if you use GE’s C-Reach plug-in hub, the new Cync smart plugs and other Cync gadgets won’t work with that hub or with HomeKit at all, at least not at launch. If you’re a regular Siri user or a HomePod owner, then your better bet would be to go with something like the WeMo Outdoor Plug, which can connect with HomeKit straight out of the box.

Next up after the plug is a new smart indoor camera that’s scheduled to hit stores in May. You’ll be able to mount it to a wall or place it on a tabletop, then monitor the feed from your Android or iOS device using the newly revamped Cync app. If you want, you’ll be able to subscribe to cloud-based storage of your clips, but you also have the option of saving clips locally to an SD card — a nice touch for folks who’d rather not upload anything at all.

On top of that, you can slide the front face of the camera up, which cuts power to the microphone and covers the lens entirely. Coupled with the SD card slot, that’s an easily understood, privacy-minded design that might help to win over consumers reluctant to start bringing cameras into their home.

More new products are set to follow in the second half of the year. In June, GE Lighting plans to introduce a new Cync smart switch for ceiling fans. Like similar in-wall switches from companies like Lutron, it’ll let you automate your ceiling fan and control its speed using your phone or using voice commands. After that, expect to see a new Cync smart thermostat by year’s end. You’ll control all of it in the new Cync app for Android and iOS devices — expect to see that replace the current C by GE app in March, when the outdoor plug arrives.

“This is going to be a truly exciting year as we continue to launch innovations that will make the benefits of the smart home more accessible, easy to install and control through one simple app experience,” says Paul Williams, GE Lighting’s general manager of Product Management & Growth. “It’s an ideal time to evolve our C by GE brand into Cync, a new brand that best reflects how all of our smart home solutions connect easily and work together seamlessly for a complete smart home experience that can be customized to the lifestyle of every consumer.”

No word on pricing for any of the new gadgets just yet, but we’ll update this space when we learn more. 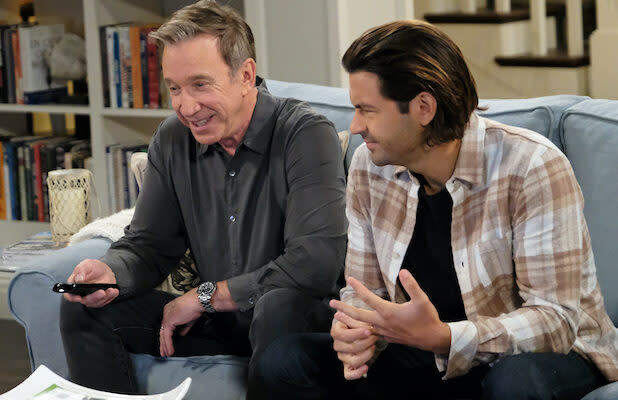